So, what is the definition of punitive damages in Florida?

Let’s start with a famous example. Hulk Hogan made pretty big news with his verdict against Gawker Media in 2016.

If you remember, a jury awarded the Hulkster $117 million in compensatory damages. These were damages for the Hulk’s pain and suffering. For him.

But the jury really thought Gawker was a pile of scum. So, the jury decided to penalize Gawker and awarded the Hulkster an additional $40 million in punitive damages!

Now, let’s discuss punitive damages in Florida car accident cases and how your car accident attorney can help you.

What Types of Auto Accident Cases May Lead to Punitive Damages In Florida?

If someone has died and the driver may be charged with manslaughter.

The driver behaved in a reckless, reprehensible, or otherwise terrible way.

The driver was drunk (at or above a .08% Blood Alcohol Content or BAC).

The driver operated his or her vehicle at a high rate of speed and recklessly caused the automobile accident.

The driver was committing a crime and fleeing and caused a car accident.

The driver knowingly did not maintain his or her vehicle in a safe manner (i.e. bad brakes).

The company that owns the vehicle knowingly did not maintain the vehicle in a safe manner (i.e. bad brakes).

The company that owns the vehicle knowingly hired an individual who should not be driving a vehicle and could cause accidents or other bad things to happen.

The function of punitive damages is to punish the wrongdoer, as opposed to compensating the victim. The hope is that that the financial consequences will deter the wrongdoer and others from committing such acts in the future.

In recent years, courts and juries have been more willing to issue large punitive verdicts to punish wrongdoers, especially big corporations. However, lawmakers, who tend to receive important financial contributions from these same big corporations, are constantly passing laws to limit punitive awards.

Who Decides the Amount of Punitive Damages in Florida?

Punitive damages in Florida is a matter for a jury to decide. The burden is on the plaintiff (the victim) to establish his or her entitlement to a punitive award by clear and convincing evidence. The weight of such evidence will determine the amount of any award.

The jury is then charged with the task of determining an award amount that is an appropriate degree of punishment for the reckless and malicious conduct of the defendant (the wrongdoer).

Evidence Considered by the Jury

The plaintiff can utilize the discovery process to find out the defendant’s financial situation. Documents available include tax returns, financial statements, income, cash flow, expenses, anticipated income, bank accounts, ownership of property and its value, and more. Attorneys can go back three to five years in the discovery process to assess the wrongdoer’s financial situation and determine the appropriate amount of punitive damages for which to ask the jury.

Starting in 1999, “tort reform” in Florida capped the amount of punitive damages in the following ways:

The Intoxicated Defendant and Punitive Damages in Florida

These caps on punitive damages do not apply if the defendant was intoxicated at the time of the act for which punitive damages are sought. A defendant was legally intoxicated if he or she was under the influence of alcohol or a controlled substance to the extent that his or her normal faculties were impaired or he or she had a blood or breath alcohol level of .08% or higher.

The plaintiff in Florida needs to first file his or her lawsuit seeking compensatory damages. Then, after gathering enough evidence to show a reasonable basis for the recovery of punitive damages, proffer (or offer) testimony and file a pleading seeking punitive damages.

In other words, punitive damages are usually requested later in the game. Once sufficient evidence is gathered and shown to the court, the plaintiff can then move to amend his or her complaint.

If the plaintiff files a request for punitive damages too early in the case, the other side’s defense attorney will move to dismiss the complaint or move for the court to issue a protective order to limit financial discovery.

Punitive Damages Against the State of Florida or Other State Entities

Florida law prohibits actions for punitive damages against the State of Florida or its entities. However, if a State employee caused damages while acting in bad faith, punitive damages can be sought against him or her individually.

A corporation can be held liable for the direct conduct of its managing agent, a managing officer, or the primary owner of the corporation.

Vicarious Liability: An Employer Can be Held Liable for an Employee

A case for punitive damages against a corporation is valid when an employee’s actions rise to the level of “intentional misconduct” or “gross negligence.”

Gross negligence means the defendant’s conduct was so reckless that it constituted a conscious disregard or indifference to someone life, safety, or rights.

In Florida, the employer must have also actively and knowingly participated in the grossly negligent conduct, or condoned and ratified the conduct, or engaged in conduct that contributed to the loss, damages, or injury suffered by the claimant. 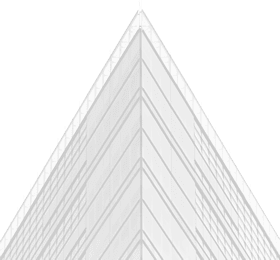 Denmon Pearlman - Tampa
5.0
Based on 175 reviews
See all reviewsWrite a review

Angela D.
14:12 03 Jan 22
Lee Pearlman is an excellent example of how a lawyer should be! I have referred my friends to him, and they would say the same. He never fails to help you out whenever you hire him even if it means going out of his way and that's why I would recommend him to anyone in our area! I'm happy someone told me about him =) Hands down a wonderful man!

joe M.
16:39 19 Nov 21
Emma Beazley is absolutely amazing ,she always answered my call texts and millions of questions any time i had them and when i was in a jam with medical expenses for one of my dogs she went above and beyond to get me the partial funding i needed to get my dog taken care of . Emma is rock star and absolutely part of the reason i recommend Denmon Pearlman to everyone .Emma i cant thank you enough

Gina E.
20:47 04 Nov 21
I am from MA and was dealing with some issues with my elder grandfather who lives in Florida. Nicole along with her staff were very professional, responsive, efficient and extremely helpful. She took the time to hear my concerns and answer all my questions without feeling rushed. I would highly recommend her.

E T
01:58 31 Oct 21
Lee Pearlman, and Mary Katherine Bleckley, you are the 2 best attorneys I’ve ever met. That says a lot coming from myself. At the end of the day, Denmon Pearlman Law is a team. They get it, trust me. They get me.. They will have your answers. I officially was let of the leash the other day. With out them, I would not be free, nor would I had made such a huge change in my life. Nothing makes me cry. I cried after yesterday. Of joy of course. Their are no words that I can say to express my gratitude. Infinity stars!!!!!! SQUARED!